It’s a common concern that Poodles do not usually have the same fur color when they get older that they do when they are puppies. This is called fading, and it happens to most Poodles as they mature.

Of course, they’re all adorable, but jet black Poodles are particularly sought after. A common concern when adopting a black Poodle puppy is whether or not it will stay that color as it grows.

The truth is, Poodle genetics are complicated. Two types of melanin determine a Poodle’s coat color, and most Poodles continue to change color long after they reach adulthood.

So, do black Poodles fade? The short answer is no. However, a black Poodle’s coat can (and probably will) lighten.

Mind you, it isn’t likely to lighten to an extreme degree—it will still stay some semblance of dark, but it could change in any manner of ways, from rusting in the sun to turning silver around the paws and muzzle by nature of its genetics. I know that sounds confusing; Poodle genetics are complicated. So let’s unpack this a little at a time.

First, to understand the question being asked here, you must understand how Poodle fading works. Most Poodles are born one color and then will shift to another throughout its life, and the colors keep changing even well into adulthood. This is referred to as fading or clearing.

There are many different colors a Poodle can be classed as, but the basic categories are the following:

Cafe au lait Poodles are born a dark brown and lighten out to the coffee-cut-with-milk color they are known for. Apricot Poodles are born a darker shade of apricot that also lightens out. All of the Poodles that will clear tend to do so at around two years of age, so if your dog is older than that, it will not clear to a lighter color.

Although there are many colors that a Poodle can be, only eleven of them are accepted by the Kennel Clubs. True black is one, as are the two colors are often mistaken for true black—blue and silver.

When a Poodle does not change color over time, this is called holding. While most Poodles clear to a lighter color, some remain the same and keep their coat color into adulthood. A true black Poodle will hold its color rather than fading into a lighter one.

If a black puppy fades, chances are good it is not a true black puppy after all and is, in fact, blue or silver.

In a Poodle, the amount of each melanin will dictate coat color. That changes over time, and with it, the coat of the Poodle. So a black Poodle will have a lot of eumelanin, and a lack of phaeomelanin makes it unlikely for a true black Poodle to fade over time.

However, a black bi-color Poodle that was never true black to begin with might end up a different color. That’s because its coat already has brown, apricot, tan, red, silver, grey, cream, or white in it, and those colors are coming out more as the Poodle grows. This is because of a presence of a certain amount of phaeomelanin in the coat.

A solid black color Poodle will have none of these and is more likely to stay black. If a solid black Poodle starts to lighten, there is likely another reason for it.

Black Poodles are the most common color of Poodle and one of the most sought after. The genes that turn a Poodle’s fur black are dominant, but the presence of multiple copies of a recessive gene is likely to produce a black bi-color Poodle rather than a true black one.

A true black Poodle will be black in both the overcoat and the undercoat that only the groomers see. By breed standard, to qualify as true black, they must be black not only in the coat but the lips and eyes as well, and no white hairs will be tolerated.

There are two kinds of black bi-color Poodles often mistaken for solid black by layfolk and inexperienced breeders. A blue Poodle has shades of brown in its coat, and a silver one has a frosting of white around the paws and nose.

Both can be recognized at birth by a discerning eye that knows what to look for, and though either one might be a disappointment to someone looking for a pure black Poodle, a silver Poodle, in particular, is no consolation prize. The genes that go into a silver coat are recessive, making this one of the rarest colorations a Poodle can have.

Both blue and silver Poodles are recognized as breed standard by the Kennel clubs, so if your concern is whether or not you can take your dog to show, do not worry. A black puppy fading to blue or silver is still perfectly clear to compete!

Other Kinds of Lightening

Fading is not the only way for a Poodle to lighten over time. There are other things that can cause a true black Poodle’s fur to appear to be fading to a lighter color, and various things you can do about them.

The first thing to note is that prevention is the best way to keep your dogs coat from lightening on you, as the only way to fix some of these problems is to let the affected hair grow out. The three phases of a Poodle’s hair are growth, rest, and release, and not all of the stands will be in the same phase simultaneously.

What this means is, as your Poodle’s coat is growing back out, it might not do so as a solid color, and a sun rusted Poodle might end up having a phase where patches of it have gone back to black while some patches are still rusted red.

A pure black coat is more likely to show paler colored debris than other Poodles. If your house has recently been painted or needs a good dusting, or if your dog was able to run outside recently, there is a good chance particles in their coat are causing the fading you are seeing.

If your black Poodle is starting to look lighter than it was, you might try giving it a bath and making sure all of the dust it could have picked up around the house has been cleared out.

If you’ve ever had a black cat, you’ve probably seen them rust in the sun. This is also true of Poodles. Exposure to sunlight can damage the eumelanin that turns a black Poodle’s coat black. The result is a more rusty brown color.

In other words, if your dog likes to lie in rays of sunlight (or run around like crazy at the beach), there is a very good chance they could end up sunbleached from it.

The reason this happens is the same as when an object left in the sun fades from exposure. Skin darkens when exposed to a lot of sunlight, but hair lightens because hair is dead and skin is alive. The chemical reaction is different.

Because sun bleaching is a chemical reaction, there is no reversing it once it is done. However, it doesn’t alter the follicle, and if you keep your dog out of the sun, it should eventually grow out the same black it was before it rusted in the first place.

Finally, some shampoos can be harmful to a Poodle’s coat. Not all shampoos are made with the same color of Poodle in mind. Some Poodle shampoos can contain bleach, which is good for solid white or white bi-color Poodles, but not so good for black ones as it will lighten the coat. They can also cause coat shedding.

When you select a shampoo for your Poodle, make sure to read the label! Do not use shampoo containing bleach on your black Poodle. In fact, you might want to be safe and just use a shampoo specifically made for black Poodles.

Many things can cause a Poodle’s coat to change color. Some of them are natural, others caused by outside influence. As long as you take care with your grooming and your dog’s diet, however, there is no reason your black Poodle can’t retain its beautiful color for years to come.

If you want a guard dog and have a Poodle, you might consider turning them into one. But are Poodles good guard dogs? Not usually, but with the right training, they have the potential to protect you.  To help you decide if you can turn your Poodle into a guard dog, we’ll compare the qualities… 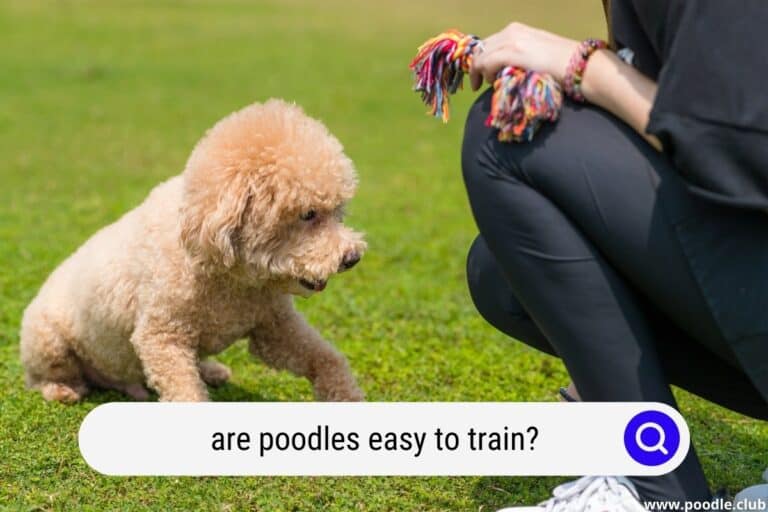 Poodles are one of the most popular dog breeds because they are playful, loyal, and intelligent. If you’re interested in adopting a Poodle, you might be asking yourself: are Poodles easy to train? The answer is – Yes! Poodles’ intelligence makes them easy-to-train pets in any home. Read on to learn more about Poodles, how… 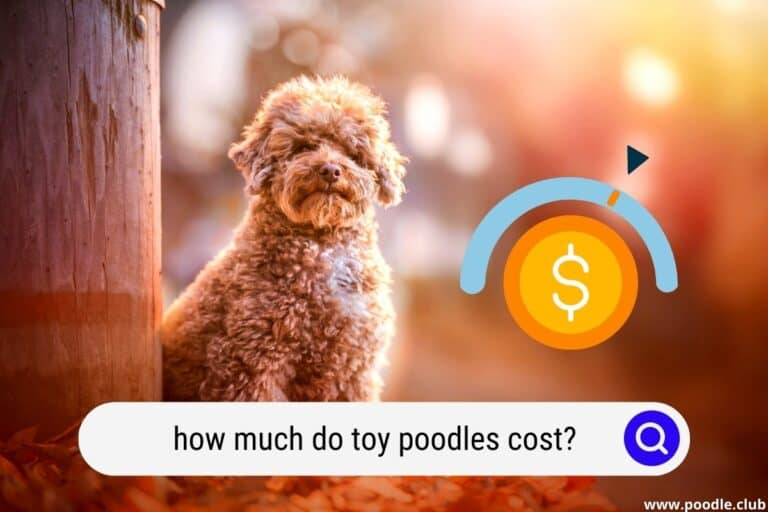 So you are thinking of getting a Toy Poodle? Good for you! Toy Poodles are one of the most popular breeds of dogs that make excellent additions to almost all households. The good news is that Toy Poodles are not exorbitantly expensive.  Because they are a popular breed, many reputable breeders have chosen to specialize… 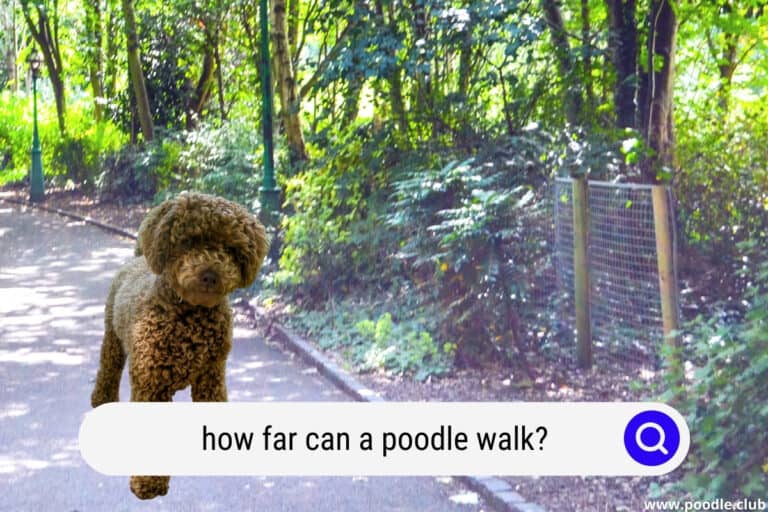 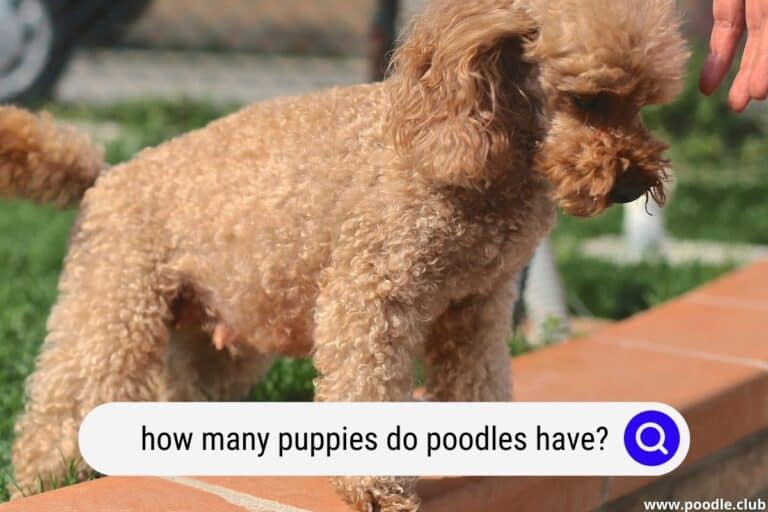 Poodles are a unique dog breed that is among the top ten favorites in the United States. It’s no surprise that Poodle puppies are high in demand for individuals and families alike. So, how many puppies can a poodle have? A few factors can affect litter size, but Poodles will have an average litter of… 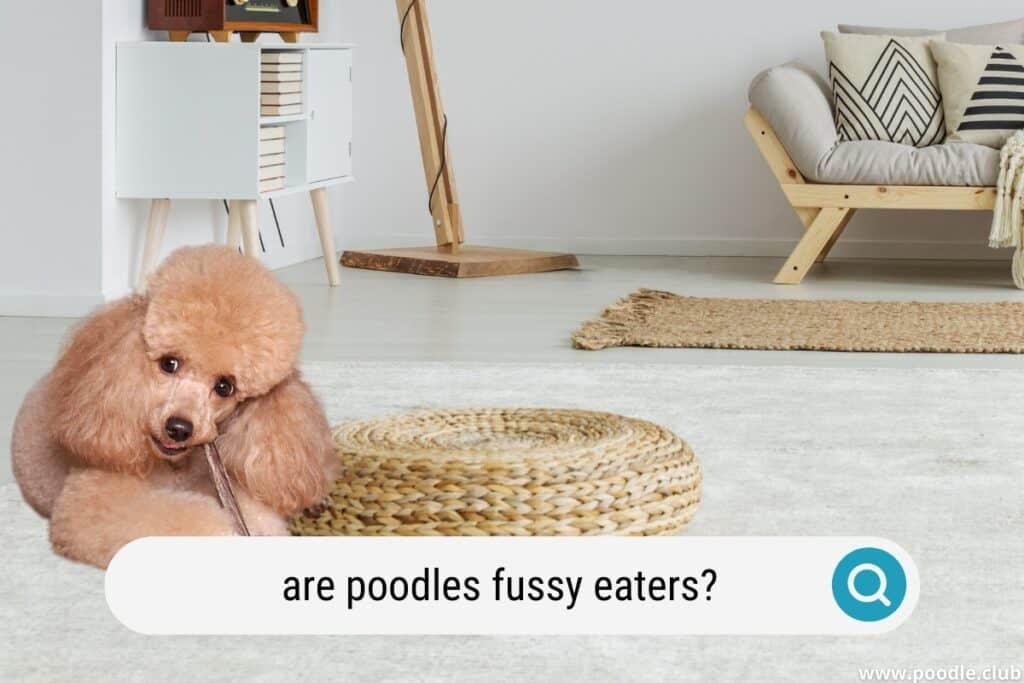 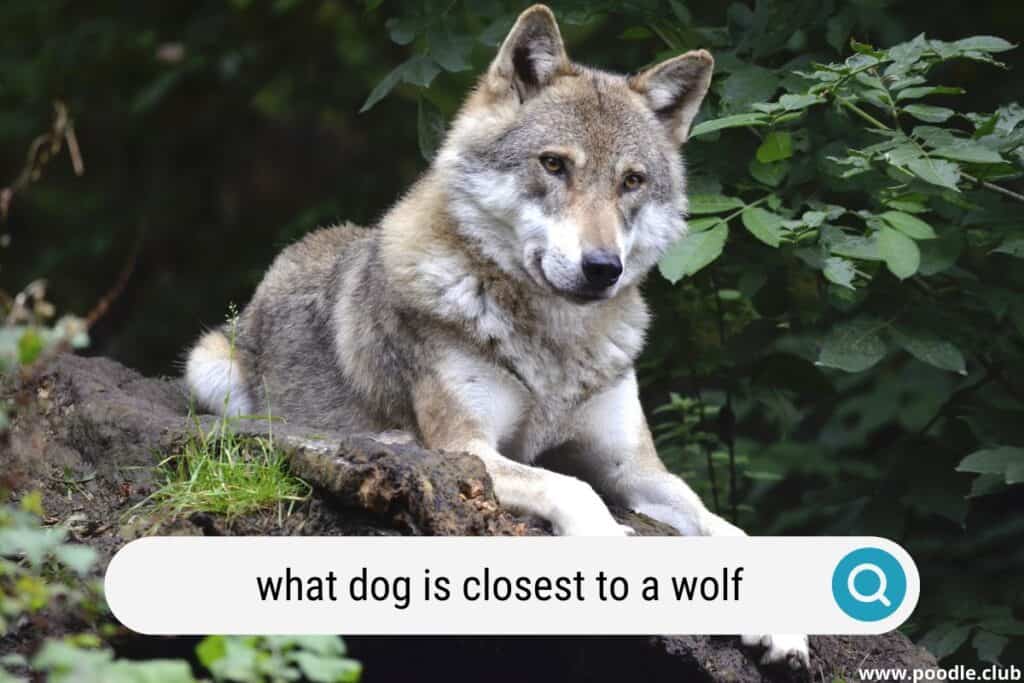 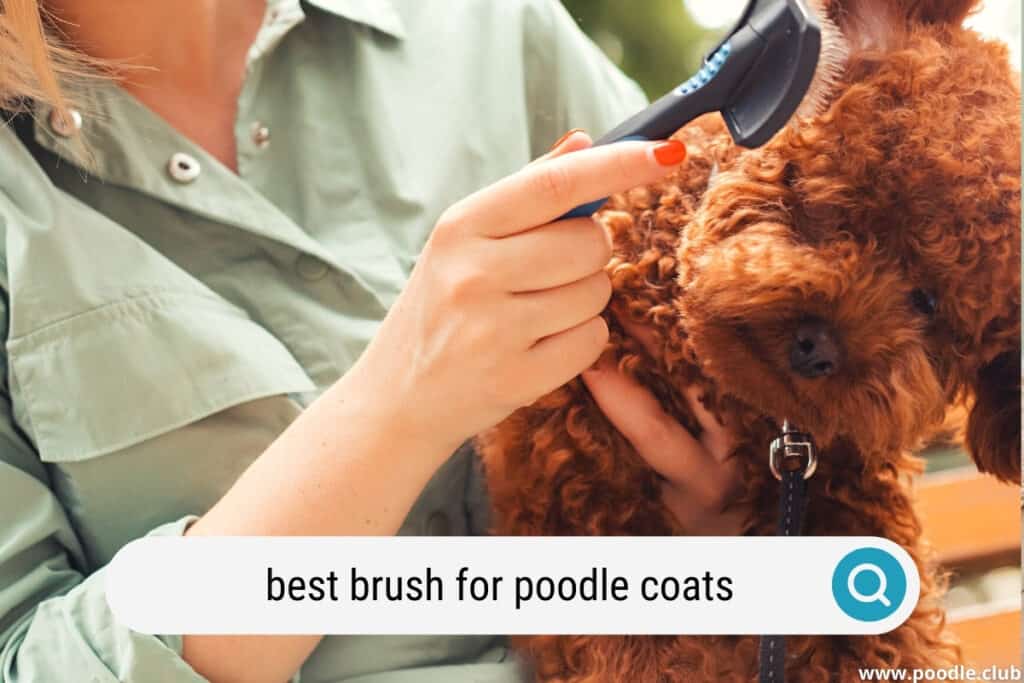 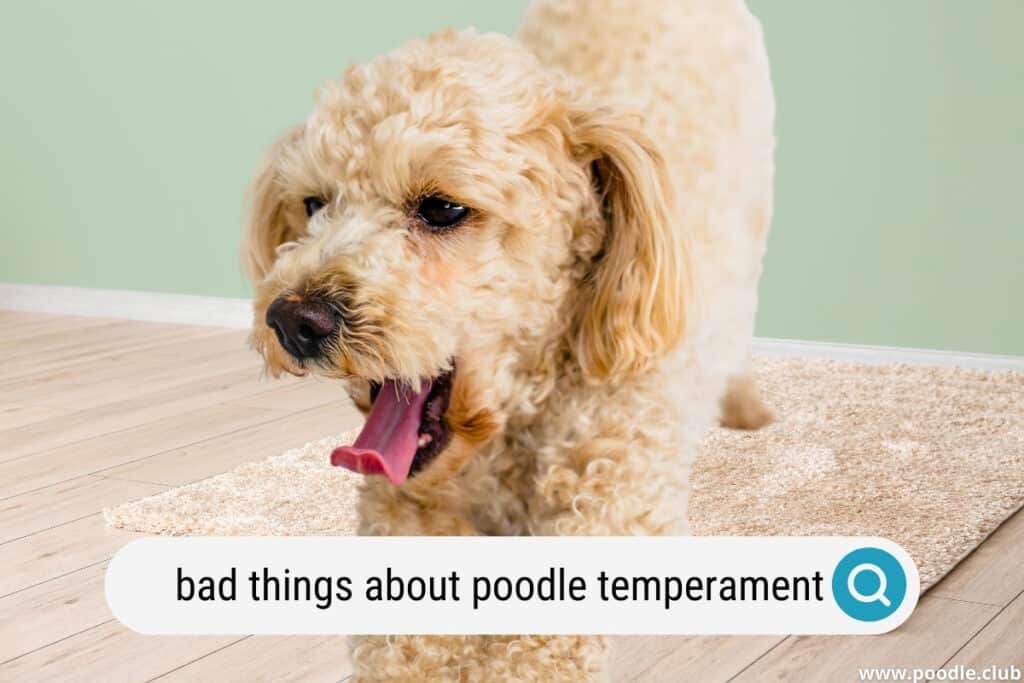