Over the past few years, breeders have been crossbreeding all kinds of new dogs. They primarily do this to get specific traits from two breeds and combine them into one dog. A popular option is the combination of the Cavalier King Charles Spaniel and the Poodle. The name for this blend is the Cavapoo or Cavoodle.

Cavapoos and Poodles are both great pets, but they do have their differences. To see why the two dogs differ, let’s look at a Cavapoo vs. Poodle comparison.

Cavapoos are traditionally a combination of a Miniature or Toy Poodle and a Cavalier King Charles Spaniel. They are one of many popular Poodle mix creations that are available today.

Although Cavapoos are fairly new to us, their parents have been around for years. The Poodle started as a Standard Poodle and was eventually bred down to Miniature and Toy Poodles.

Standard Poodles have been around for hundreds of years, starting their journey in Germany. Their purpose was to offer hunting help and companionship to humans. Miniature and Toy Poodles were solely for companionship.

As people continued to breed the King Charles Spaniels, their appearance began changing. Their snouts started to shorten, giving them a smooshed face. The old version of the dog was becoming extinct.

Breeders tried to bring back the old snout of the dog, and this is where they got their final name, the Cavalier King Charles Spaniel. The British Kennel Club recognized the breed in 1945, and the American Kennel Club (AKC) recognized it in 1996.

With this in mind, we can look into the brief background of Cavapoos. Crossbreeding to make designer dogs is a relatively new idea. By new idea, I mean within the last few decades. And Cavapoos are among the first crossbreeds to appear. So, the breed is not that old. Their primary purpose, as with all other designer dogs, is to simply be a loving companion.

The Cavapoo takes after the Cavalier King Charles Spaniel when it comes to appearance. Their coat is typically long and silky, with loose waves. However, it is possible in some cases that the dog may take on the curly coat of its Poodle parent. It is just more common to see a silkier coat on the Cavapoo.

The coloring of a Cavapoo can vary. Some colors you may see include:

The color of their coat depends on the colors of their parents’ coats. Shedding is minimal, so they are great dogs for people who are allergic.

Cavapoos usually stand between ten and 15 inches and weigh anywhere from nine to 18 pounds. These measurements are averages based on the measurements of Toy and Miniature Poodles and Cavalier King Charles Spaniels. Their height and weight are highly dependent on the size of their Poodle parent.

Both Poodles and Cavalier King Charles Spaniels are quite happy and loving dogs, so it is only fitting that the Cavapoo has the same temperament. These social butterflies love their families and are great with children and pets.

Cavapoos have the perfect energy level and may surprise you with their intelligence. This stems from their parents, as Poodles and Cavalier King Charles Spaniels are insanely smart. This makes the Cavapoo an easily trainable dog.

Cavapoos have a life expectancy of about ten to 15 years and tend to be healthy dogs. When dogs are crossbred, they tend to have fewer health issues when compared to purebreds. The only health problems that they could develop would come from their parents’ genetics.

Some health issues that Poodles and Cavalier King Charles Spaniels share include:

These problems are not definite, but you should look out for these issues to keep your Cavapoo healthy.

Poodles have been around for a long time. Poodles come in all different sizes. But, it all started with the Standard Poodle.

The Standard Poodle first appeared in Germany about 400 years ago. Many people think that the Poodle originated in France because it is their national dog. However, Germany is where the journey of the Poodle began.

Their name comes from the German word “pudelin”, which means “splashing in water” or “puddle” in English. This directly relates to their purpose years ago.

Standard Poodles were originally bred to be water retrievers for duck hunting. They had and still have unbelievable swimming abilities. Their curly, water-resistant coat helps them swim around without getting weighed down. Hunters also used them for truffle hunting because of the Poodle’s strong sense of smell.

Poodles were very popular among European circuses due to their looks and easy trainability. People used this to their advantage and featured them in circus shows.

Poodles later became popular companions. However, the Poodle’s size became an issue for many people as the world continued developing. People enjoyed the look of Poodles, but not their size. Standard Poodles are quite large and require a lot of space, but breeders created smaller versions of the dog through selective breeding.

The AKC recognizes three different sizes of Poodles. They include the Standard Poodle, Miniature Poodle, and Toy Poodle.

Miniature Poodles stand between ten to 15 inches tall and weigh ten to 15 pounds. Toy Poodles have a height of ten inches or less and weigh around four to six pounds.

All Poodles have the familiar long, curly, water-resistant hair. Poodles are hypoallergenic dogs since they have hair rather than fur. Hair rarely sheds, meaning their coats don’t make much of a mess in your house.

Because their hair is considerably curly, it can mat easily. Get your Poodle groomed often to prevent this issue.

Poodles come in a variety of colors, including:

Poodles are extremely agile dogs due to their long legs and square body shape. Their agility abilities allow them to move swiftly and gracefully. This stems from their original breeding purpose of hunting. A clumsy Poodle wouldn’t have been the greatest hunting dog.

Poodles are incredible, loyal family dogs. They adore their families and get along well with children. They may be cautious and protective when meeting strangers and other dogs.

Poodles are very bright-minded creatures, making them easy to train. They can pick up new tricks rather quickly compared to other dog breeds.

When it comes to energy, Poodles have plenty to go around. They are active dogs who require a lot of exercise and play. This also ties into their hunting roots. Take them on walks, on hikes, or take them swimming. They need outlets to get their energy out.

Poodles have a lifespan of about ten to 15 years, sometimes even longer. But, they do have some potential health issues to look out for.

Poodles have a predisposition to the following health issues:

Remember that this doesn’t mean your Poodle is going to get these health issues. They just run in Poodle genetics.

Cavapoo vs. Poodle: Which Dog Should You Choose?.

The main difference between a Cavapoo and a Poodle is their looks. They have relatively similar personalities and health problems because they share Poodle ancestry. But, the two dogs look quite different from each other due to their coats. Some even compare the Cavapoo to a teddy bear, as they look more like a stuffed animal than a Poodle.

Choosing the right dog for your family is a difficult decision. Both dogs are fantastic, loving family dogs. Either route you go, you will end up with a great dog. You cannot go wrong with Cavapoos and Poodles. Hopefully, using this Cavapoo vs. Poodle breed comparison will help you figure out what dog is best for you. 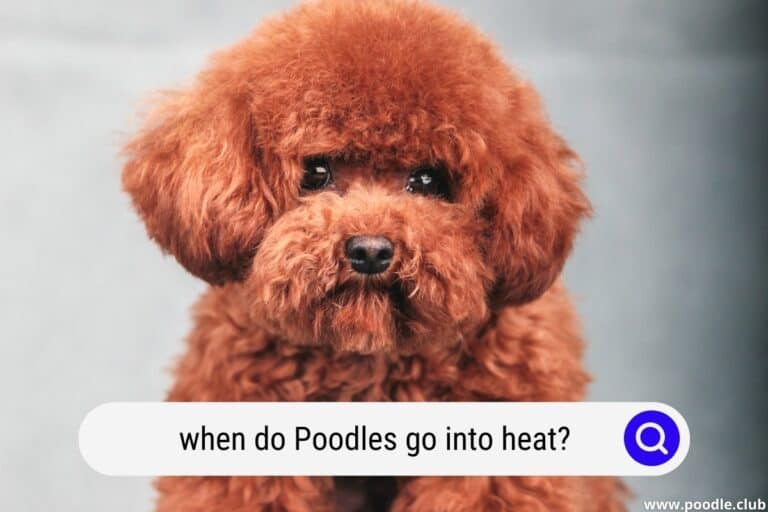 Heat is the phase of life when a female dog first enters their menstrual cycle and becomes capable of breeding. Let’s not bury the lead here; most Poodles will experience their first heat at around twelve months old. There are outliers, of course. Toy poodles tend to go into heat far earlier, at approximately four… 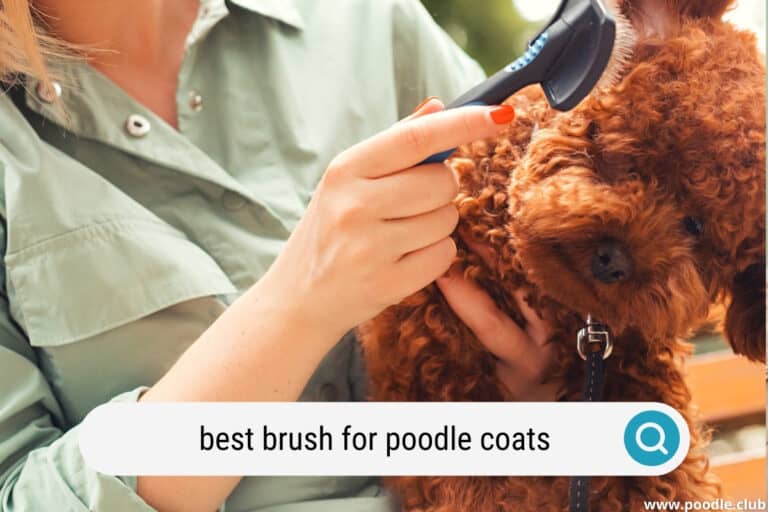 Poodles are a great, family-friendly dog breed. Poodles require adequate grooming, including brushing to prevent matting. Due to potential matting, many dog owners keep their Poodles’ hair short.  While it’s essential to groom every six weeks, shorter hair also means fewer allergies. In addition, it’s easier to brush and care for your pet Poodle.  If… 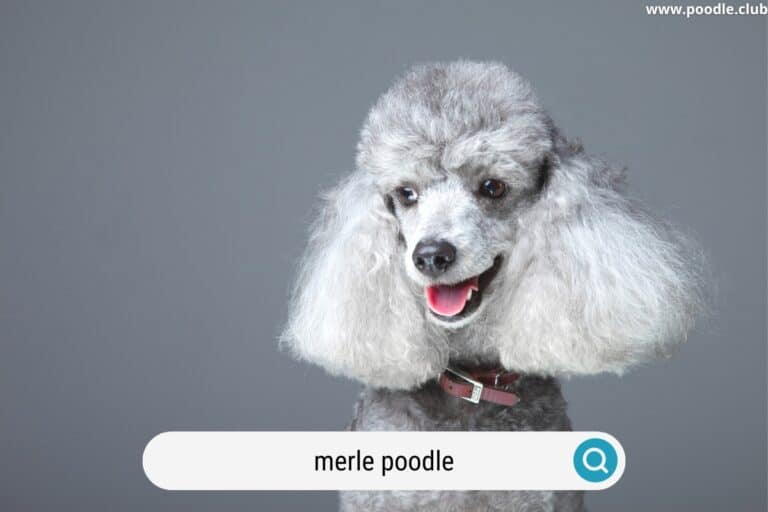 A Merle Poodle is a bit different from the typical Poodle breed. For starters, the species is rare and on the expensive side. However, they make great family pets and have many positive qualities. So, what is a Merle Poodle? The Merle Poodle is unique due to their spotting and coloring, thanks to a particular… 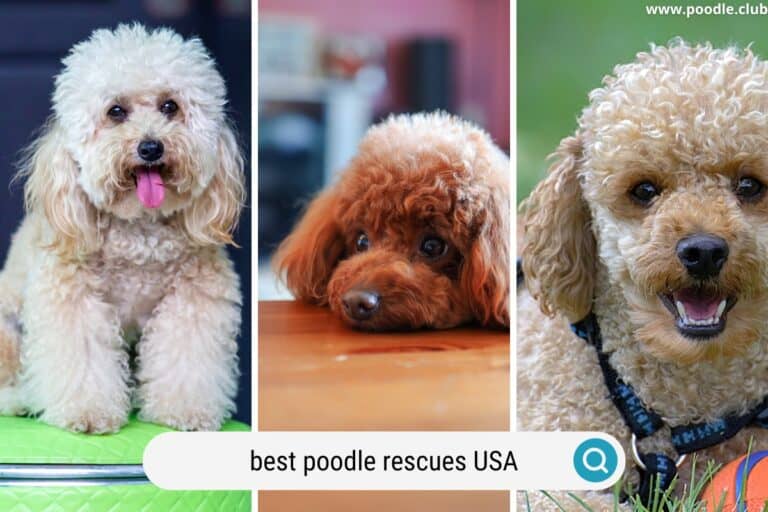 Poodles make lovely family pets, and there are several rescue organizations devoted explicitly to this curly-haired breed. So if you and your family want to adopt, there’s no better way! Many rescued Poodles come from old puppy mills, animal shelters, previous owners, and ones left astray. The good news is you can give tremendous love… 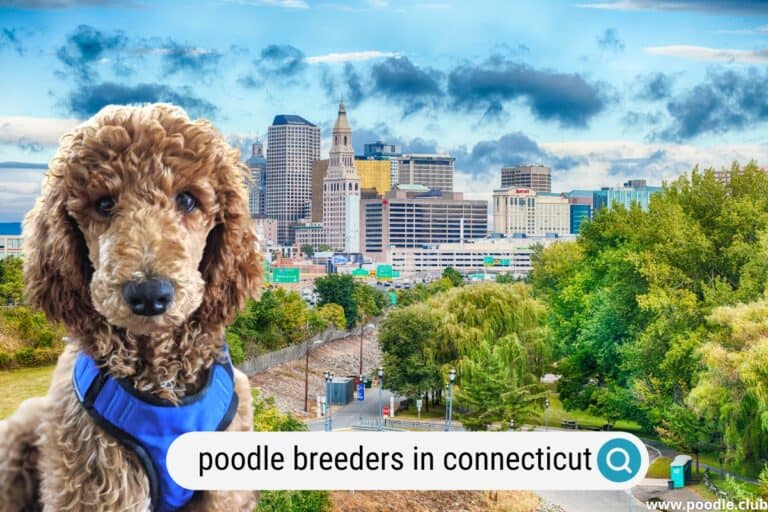 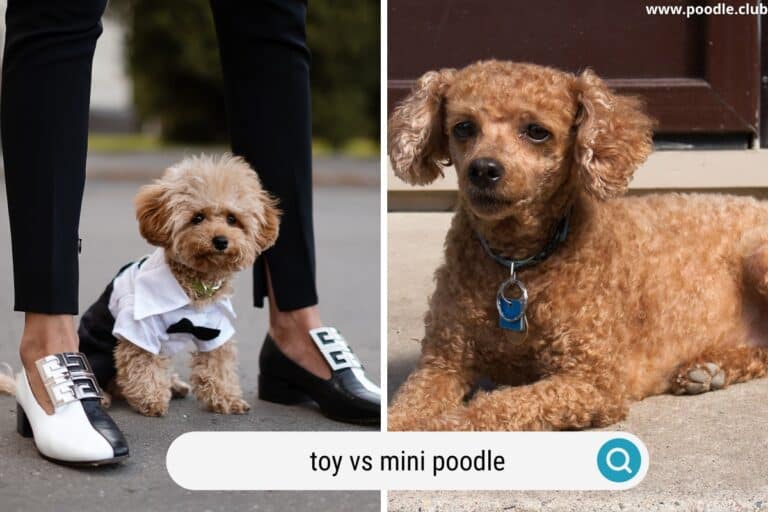 While originally bred for hunting, Poodles are “true aristocrats,” according to their loving owners. They are wonderfully intelligent, fast learners, and good family dogs. The clubs recognizes three sizes of Poodles: Standard, Miniature, and Toy. While these three types of Poodle are pretty different in size, they’re quite similar in terms of characteristics. Here, we’ll… 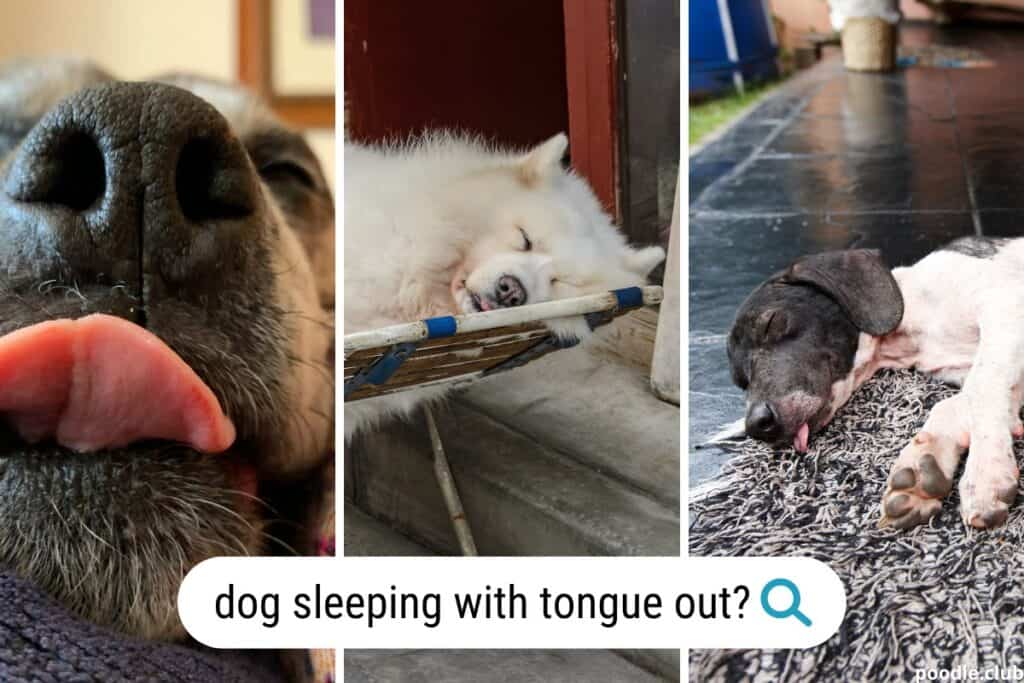 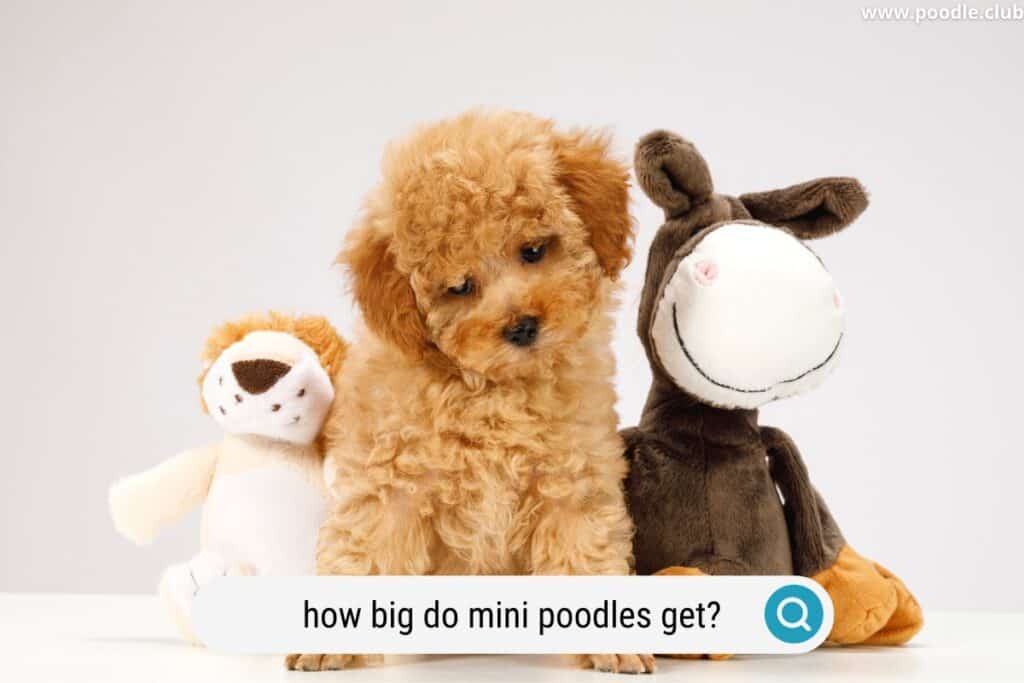 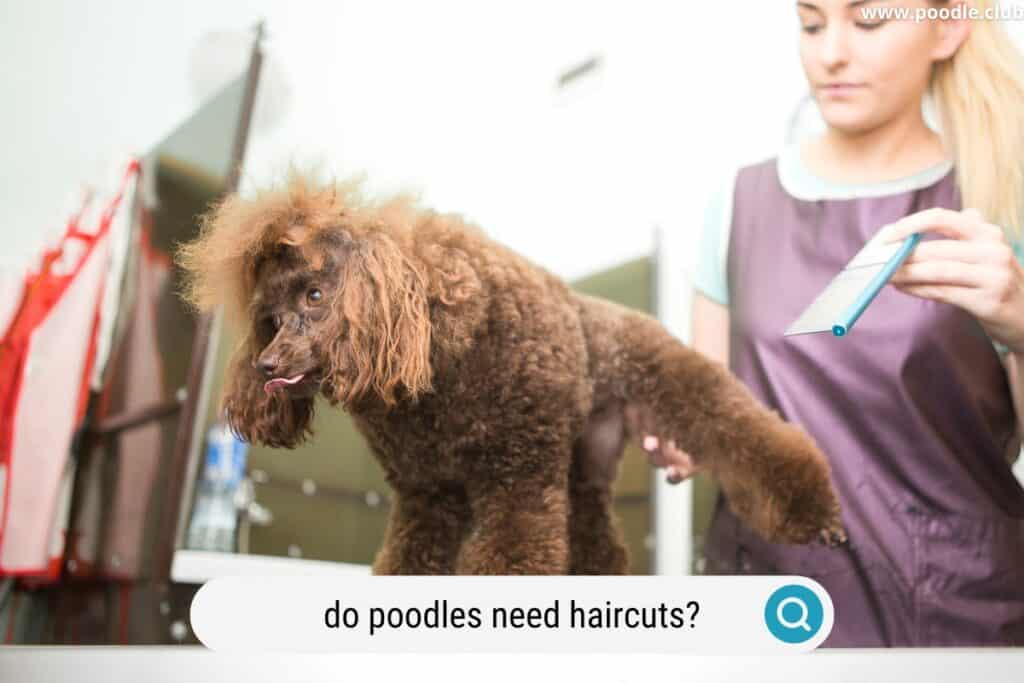 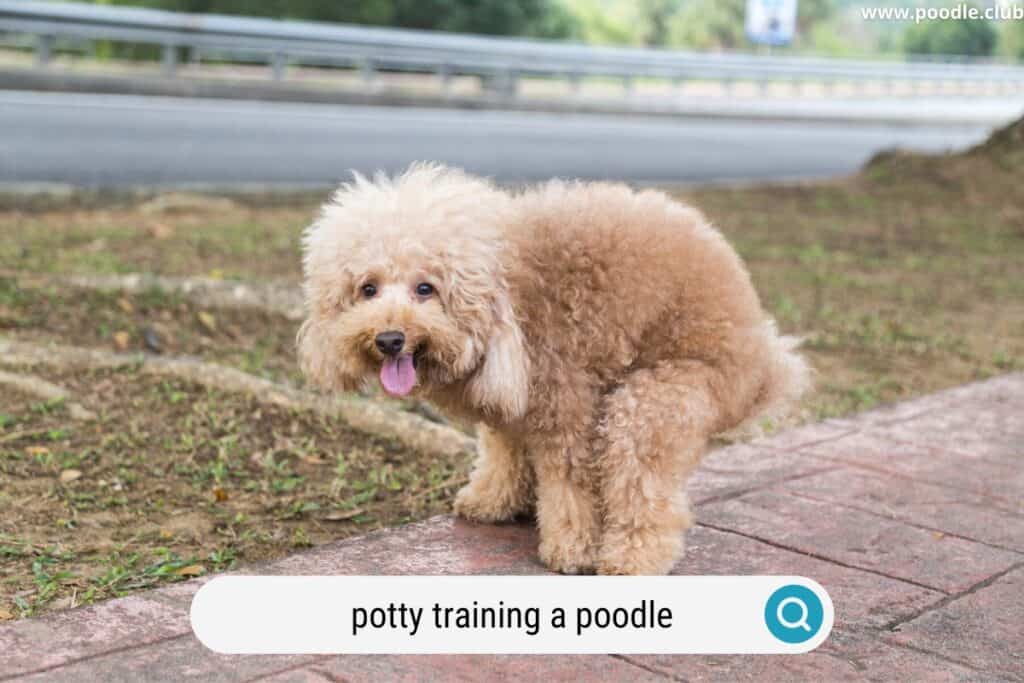 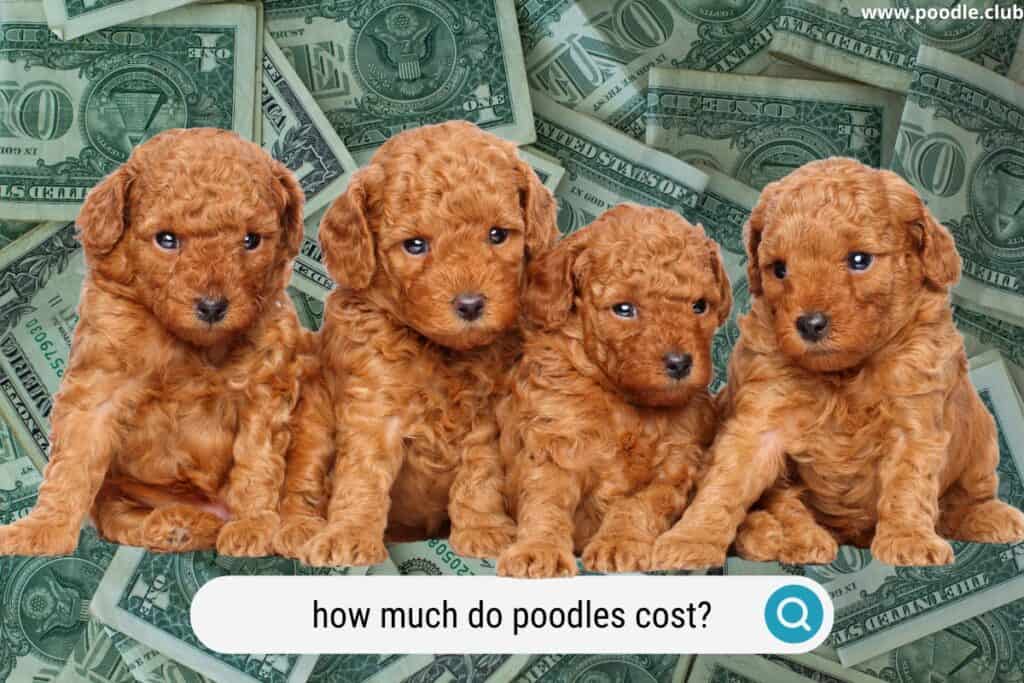